Your first layout - step by step

We will describe how to create and use your first layout without going into too much explanation at this stage, you can find more detail in the following articles.

You then see the first layout creation screen where you can: 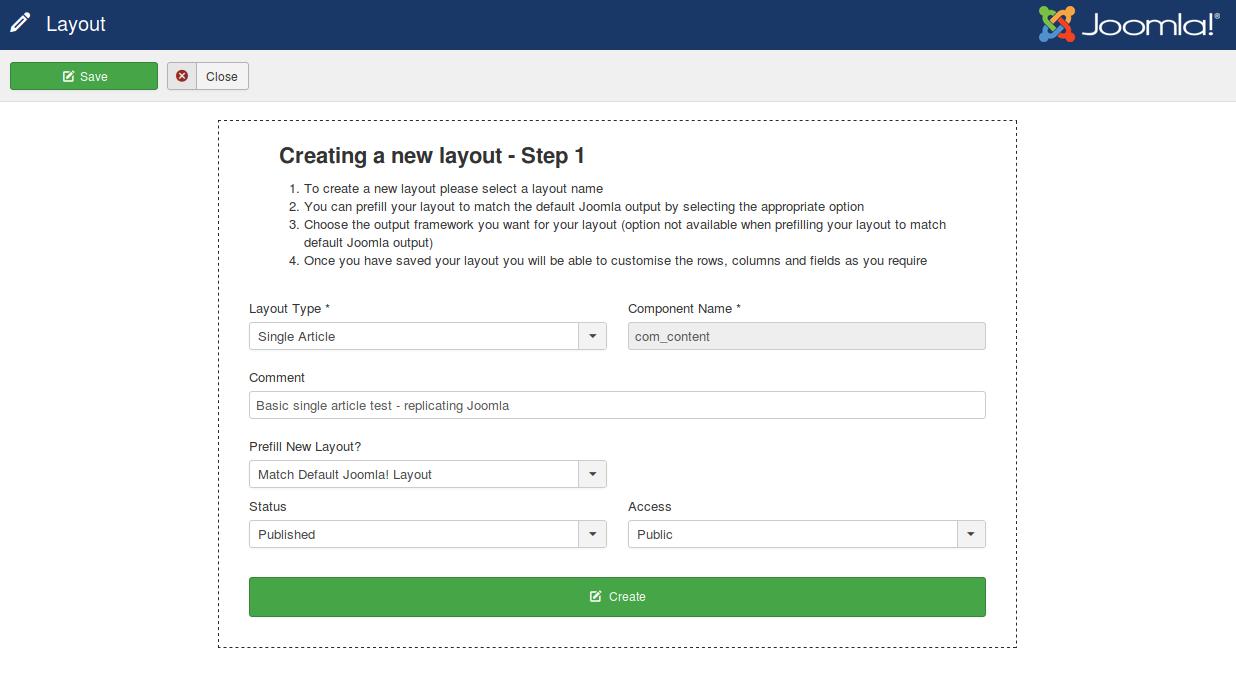 We now have our first layout populated with fields to match the core output of Joomla.  For the time being you can ignore the message in green about 'A change of framework' - this relates to the output framework you may want to use in your layout (e.g. Bootstrap2, Bootstrap3, UIkit2 etc.) and will be explained in more detail later.

Your layout consists of a series of rows (dark blue), columns (pale blue) and fields (white).  We will discuss how to modify these or add to/delete them in the next few articles.

Finally press 'Save & Close' to return to the list of Layouts. 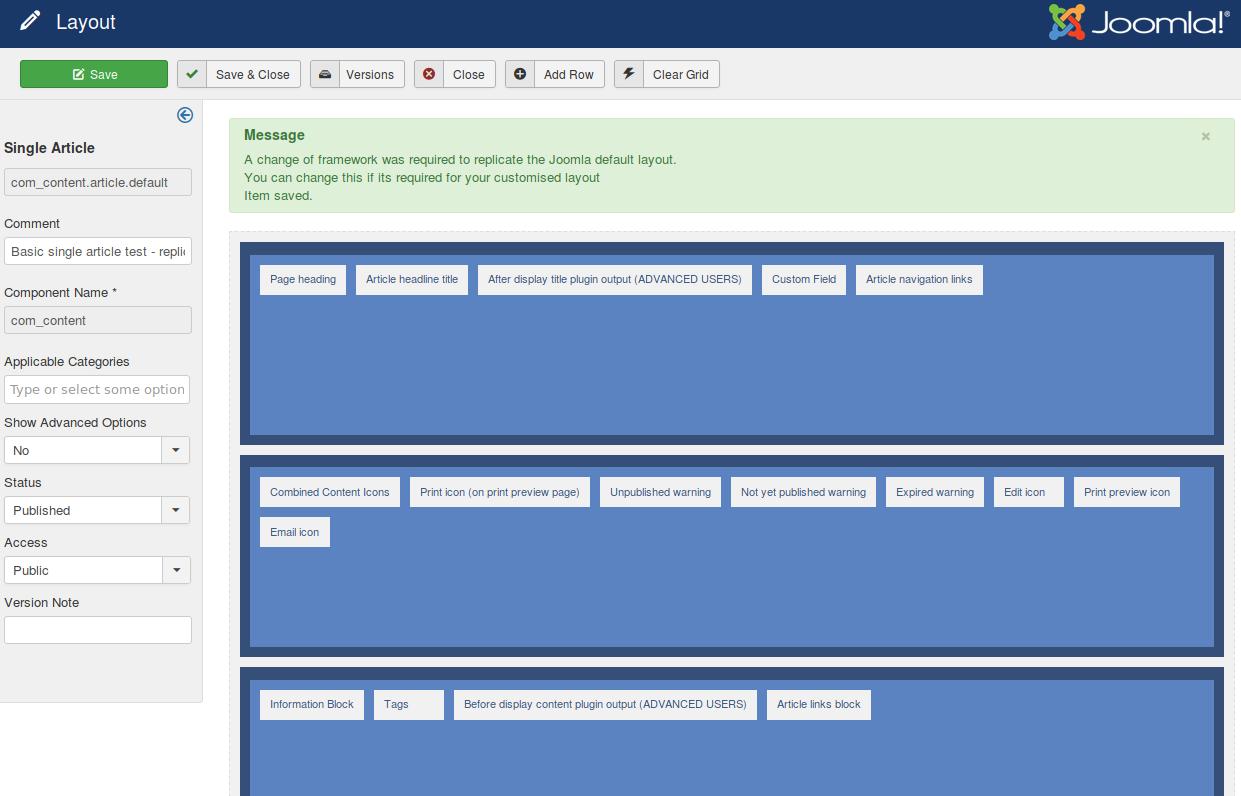 If your site uses the Protostar template and you view and article in the frontend of the site you should now see very little difference in the way the article appears.  So how do we know EasyLayouts it working?

5 : Showing that EasyLayouts is working

Now if we save add some extra text in the layout to show that EasyLayouts is generating the layout of your article.

6 : Article Title has been moved